The second of the early season events after the Great Ely Hardriders saw an absolutely massive 18 CUCC members entered for the solo event.

However, an equally significant forecast for 40mph gusts caused a similarly large 5 people to think better of it and report a DNS and heavy use of synonyms for ‘big’.

As in previous years it also looked to serve as an initial shakedown for Varsity, with  5 OUCC  on the startsheet and some strong pre race chat.

The conditions did in fact turn out to be miserable, with early riders out complaining and worrying the later starters. In the end, only 2 from OUCC turned up, so we can ignore them, as we would have done anyway.

Jack Kellam pulled out a stunning ride to take 4 and a half minutes of his PB in 56:26 and a provisional 3rd place with it – in his 2nd ever open TT! One to watch.
4s back was Toby on his P5, with Toby on his P5 a further 16s back – provisionally taking the team prize and with it the ‘Dick Murphy Memorial Trophy’ for the fastest team from a London East Club.

Flora did 1:17:55, which looks good for a provisional 2nd in the Womens Event.

Andy Salkeld pulled out a 1:06:54 – a very strong ride from the only bloke on a road bike!

A few events stand out: Lucas He recorded an 8 minute late start (not included in the times below), which was impressive.
However, Andy Salkeld, yawning and stretching his arms, got out of bed to take up the challenge. Not realising that, unlike the club run, Greater Anglia will not wait for you if you have a relationship with your alarm clock that is purely advisory, Andy recorded what must be a club record 41 minute late start. (The Comp record for actually riding 25 miles currently stands at 42:58, for comparison). Chapeau! Now get your life in order.

Tom Adams went so fast he managed to catch someone who started 10 minutes after him (or maybe they turned early?!).  Finally,  Toby Antippas queued up behind people all signing the sign on sheet at Sign On, reached over the Signing on Sheet at the Sign On, took the number at Sign On, but did not in fact Sign On to the Signing On sheet at Sign On. Easy mistake to make I guess?

The 2Up Event saw 16 pairs entered, but 3 of them DNS’d with the forecast 40mph winds due to come in just in time for the start of this event.

CUCC was represented by an executive pairing of the President and General Secretary (Rob Walker and Seb Dickson), and would also see the first clash between CUCC and its progeny and reigning National Team Time Trial Champions John Mulvey and Felix Barker for ActiveEdgeRT.

Whilst the winds did pick up, it was nowhere near as bad as forecast (Felix ‘Mystic’ Barker’s prediction ‘oh it’ll be fine’ coming good- how does he do it?). As the forecast was for it to be terrible, it was still fairly grim.

Rob’s Calves and Seb recorded a 52:48, shaving 5s off the club record set by Seb and John Mulvey in the same event two years prior.
Seb’s skinsuit gave up after all of 300m leading to a nasty case of nether numbness. This is best left to the imagination (preferably not even there lets be honest), a privilege alas denied to anyone unfortunate enough to see them around the course. This was actually his spare skinsuit, having neglected to have washed his main (and structurally integral) skinsuit since BUCS Track in December.

In a bit of an upset, this was also good enough to hold off ActiveEdge for nearly a minute with 53:43. No other pair made it under the hour, making it a dominant display by CUCC and its alumni! 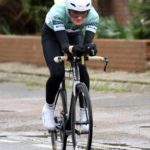 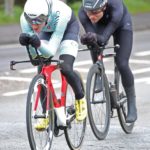 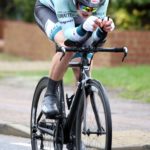 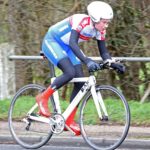 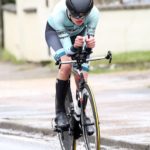 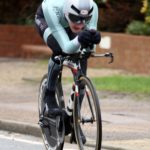 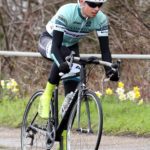 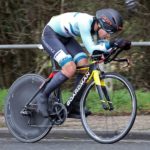 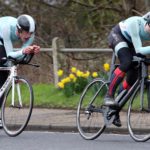 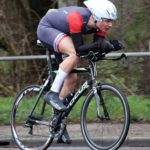 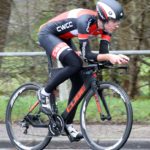 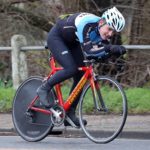 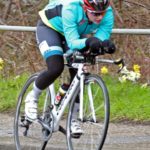