There was one of the strongest CUCC showings in years at the weekend’s National 25, with 7 riders qualifying for the event.

Hayley Simmonds, who submitted her PhD this year, continued her storming summer at the Womens’ event on Saturday. Having already won the BC national championships (and therefore the right to wear the national champion’s jersey), set new competition records at 10, 25 and 50 miles in the space of 2 weeks (and new club records in the process!) she was the favourite lining up for the start. She came home with a clear winning margin of over a minute and a half in a time of 54:57. Hayley has been a mainstay of the club’s BUCS effort winning more BUCS points on her own than probably any other athlete in Cambridge and it will be sad to see her go!

In the mens event there were 6 people riding- in itself an acheivement, really showing the strength in depth the club has at the moment. It was quite windy, making for a very fast first leg but depressingly slow second half. John Mulvey did best of the bunch doing a short 50 and coming 27th. The second man in the Varsity team, this now means that he has completed all the criteria and is the clubs newest Full Blue!

The 2016 Varsity mountain bike XC was held on a chilly Sunday in February at Crowthorne Woods in Berkshire. The team, which left Cambridge at 6:00am (already demonstrating their greater commitment over Oxford by waking up an hour earlier), consisted of captain Matt Rodgers, myself, old hand Fin Allen, ‘retired’ 24-hour racer Andrew Clark and fresher Danny Taylor. Reaching Crowthorne two hours later we threw in a practice lap of the course, Danny making good use of his kneepads after snagging a tree; between us, our 780mm bars made us more rad but also more bloody-fingered on the twisty woodland course. We had time for a brief introduction with the team from The Other Place [Oxford] and found that our universities’ engineering prowess had resulted in not one but two home-built bikes being raced.

The nine of us lined up on the start line together after giving the category with which we shared the race a five minute head start. Oxford’s female rider, Tamara Davenne, competed separately in the women’s race, topping the podium. Meanwhile in the men’s Varsity, split seconds after the starting horn, a loud crunching and cursing indicated a bad start for Oxford’s Tom Everitt with a broken chain. The start was fast, but I held second followed by two more Oxfords and the Cambridge team into the first single track section. Unfortunately they soon edged past, but I held the third’s wheel with Matt in close pursuit behind, managing to pull him back and take a chunk of time through the second and third laps. The winding course gave regular sightings of Andy and Fin working their way through the men’s field with which they had made contact soon after the start. END_OF_DOCUMENT_TOKEN_TO_BE_REPLACED

More great racing news today. Hayley Simmonds (4:49.8) and Edmund J Bradbury (3:36.5) continued their run of good form by both coming 6th in the women's and men's championships respectively in the National Hill Climb at Pea Yoyd Lane, Stocksbridge. Felix Barker also put in a good performance, ascending the 1200 yard climb in 3:55.0 to secure 27th place. Congratulations to all three riders for their fantastic seasons. Bring on 2015! 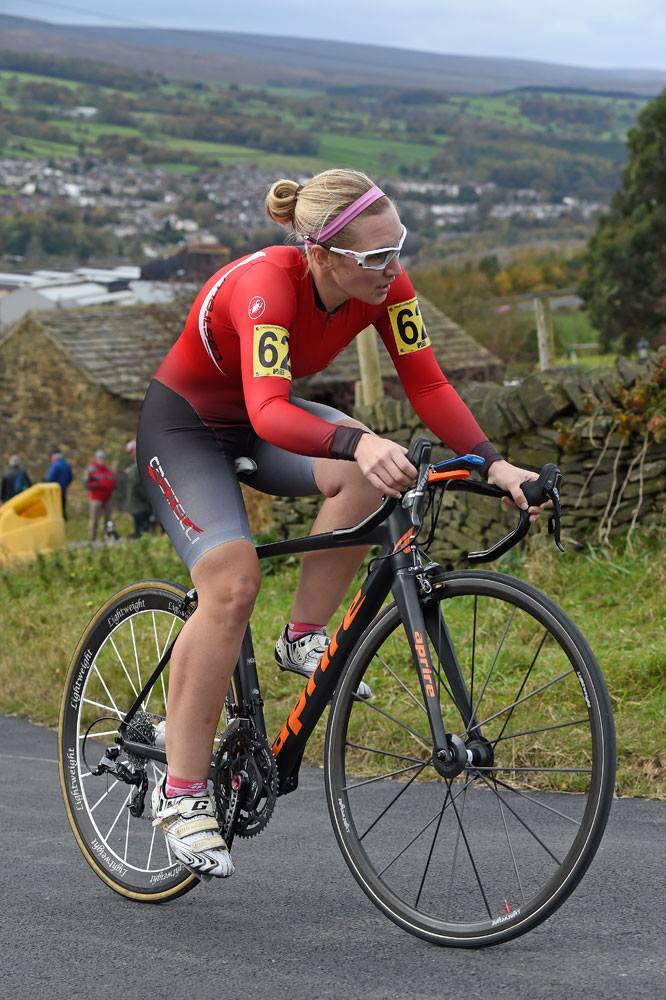 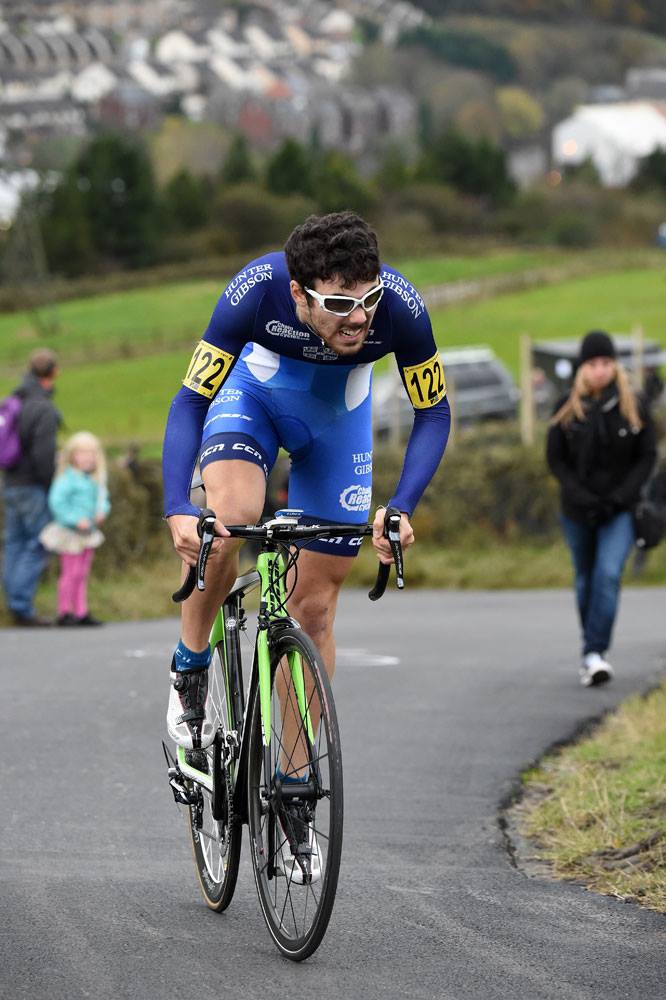 Congratulations to Edmund J Bradbury (5:20.3) and defending champion Hayley Simmonds (6:43.5), who smashed last year's records by more than 20 seconds on their way to victory. Best of luck to them both in tomorrow's National Hill Climb Championships.

Well done to all of our riders today - their impressive times across the board secured us the team gold medals.

Simmonds, racing in the Elite/U23 women’s race against multiple national and international time trial champions, finished in a respectable 10th place after an unfortunate crash in the wet which saw her slip from a promising 1st place at the half way time check.

Bradbury, racing in the U23 men’s race, finished 1 minute 46 seconds behind the eventual winner, earning him a 3rd place in his first ever UCI race.

The duo will be looking to bring their seasons to a close this weekend with solid performances at the BUCS and National Hill Climb Championships on Saturday and Sunday respectively, along with Felix Barker, who has just returned from Italy where he has been competing in UCI races with Cycling Team Friuli. Good luck! 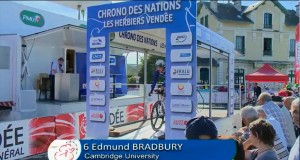